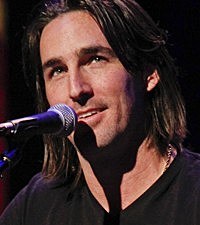 Jake Owen, who recently announced the Sept. 25 release of his Endless Summer EP, plans to extend the season even more by headlining the 11th annual CMT on Tour.

Jake shared the news with fans in Detroit over the weekend, telling them he'd be returning to the Motor City on the tour on Oct. 18. The tour officially kicks off Oct. 10 in New York City, with tickets on sale this Friday (Aug. 24).

"Being the headliner of a tour is something I've been dreaming about since I was in college, performing songs every Sunday afternoon on a bar stool and playing for tips," says Jake. "Headlining the CMT tour is really cool for me because I was the opening, opening act in 2007, when Sugarland was the headliner and Little Big Town had the middle slot. So now, to be headlining ... it feels very surreal. I'm honored and I can't wait to hit the road in October and keep that feeling of summer going."

Since the CMT tour series launched in 2002, artists who have been on the bill also include Trace Adkins, Jason Aldean, Luke Bryan, Randy Houser, Jamey Johnson, Miranda Lambert, Brad Paisley, Rascal Flatts and Keith Urban. Jake has been touring this summer with Kenny Chesney and Tim McGraw on their Brothers of the Sun trek.

Watch Jake Owen's 'The One That Got Away' Video