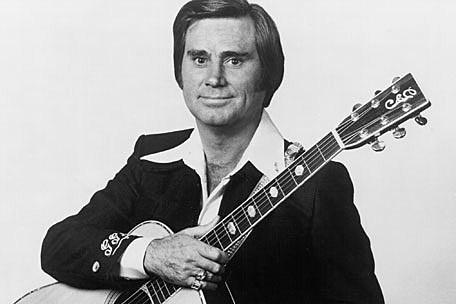 One of the most iconic singers in country music history has died. George Jones passed away Friday, April 26, at Vanderbilt University Medical Center in Nashville. The Country Music Hall of Fame member was 81.

Born in Saratoga, Texas, in 1931, Jones was one of eight children and sang on the streets for tips as a child, in order to help his struggling family put food on the table. He taught himself how to play guitar and dreamed of one day performing at the Grand Ole Opry, which he would listen to on the radio.

Jones' teenage years were spent playing in dive bars in Beaumont, Texas, as well as a few gigs singing on local radio. He married Dorothy Bonvillion in 1950 and welcomed his first daughter, Susan, shortly after. The couple divorced a year later, and the singer joined the U.S. Marines. He was stationed in California during the Korean War but never served overseas.

Jones' first record deal came in 1953 with Starday Records. "Why Baby Why," his very first Top 10 hit, charted in 1955, catapulting what became one of the most lauded careers in music history. He went on to chart more than 160 singles, more than any other artist of any genre.

In 1954, Jones married Shirley Ann Corley, later welcoming two sons, Jeffrey and Brian. They divorced in 1968. It was during their marriage that the country star scored his first No. 1 hit with "White Lightning."

The hits kept coming through the years, with some of his most beloved including "She Thinks I Still Care," "Walk Through This World With Me," "The Race Is On" and "He Stopped Loving Her Today" -- which won the star a Grammy and two CMA Awards, and tops many lists of greatest country songs of all time.

Jones married fellow country superstar Tammy Wynette in 1969. They had one daughter, Georgette, who has followed in her parents' musical footsteps. Jones and Wynette recorded several duets together that are now country classics, including "We're Gonna Hold On," "Golden Ring" and "The Ceremony." The famous couple divorced in 1976.

In 1983, Jones married Nancy Ford Sepulvado -- the woman he credits with saving his life after years of drug and alcohol abuse. Their happy years together saw the legendary singer inducted into the Country Music Hall of Fame in 1992 and honored with another CMA award in 1998, for his duet with Patty Loveless, "You Don't Seem To Miss Me."

Jones was still performing right up until his death. In fact, he was in the middle of his final tour when he was hospitalized April 18 with fever and irregular blood pressure. He had been battling respiratory problems over the past few years, among other health issues.

The final concert on Jones' farewell tour was set for Nov. 22, 2013, in Nashville with a who's who list of guest performers, including Garth Brooks, Kenny Rogers, Charlie Daniels, Randy Travis and many more.

Jones is survived by his wife, Nancy, his sister, Helen Scroggins, and by his children, grandchildren, nieces and nephews.