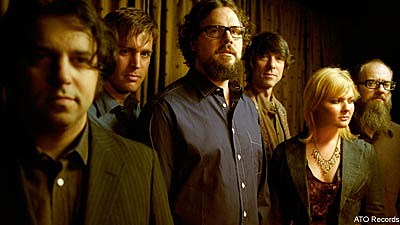 The Drive-By Truckers' new album, 'The Big To-Do,' will be released next week just as the alt-country/rockers' latest tour -- including nine dates with Tom Petty & The Heartbreakers -- begins March 12 in Atlanta, Ga.

A week before the album is released, critics at music magazines, including Under the Radar and Uncut, are giving it high praise.

"One of the first great rock albums of 2010. 'The Big To-Do' is archetypal DBT; muscular musicianship married to intelligent, cinematic songwriting," according to Uncut.

Fans can go to the band's website to pre-order the album and receive bonuses including a 52-page color book with art and text from the album and a 180-gram double gate fold vinyl.

DBT will perform on the 'Late Show With David Letterman' on March 12 and 'Late Night With Jimmy Fallon' on March 31.