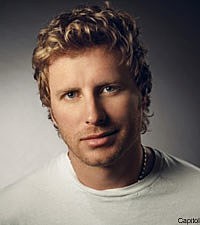 Dierks Bentley is now a proud papa himself, so giving up a little of his time to help other kids has new meaning for him. And he remains dedicated to one of the most popular annual events with which he's affiliated.

Dierks is partnering for the fourth year with Children's Miracle Network to host Miles and Music for Kids, the motorcycle ride and concert event he began in 2006 to help support Children's Hospital at Vanderbilt in Nashville. This year, the effort is being taken to a national level, thanks to a partnership with CMT One Country.

"This event is something that I always look forward to every year because it really brings the Nashville music community together for a great cause," says Dierks. "CMT has generously offered to help us take it on the road to other communities and pledged to get behind us with an incredible amount of promotional support. There are so many childrens' hospitals in the Children's Miracle Network that need our help, and so we are going to go city by city and reach as many of them as we can together."

In addition to being promoted in several media outlets across the country, including online and at radio, other cities that will be included in this year's campaign are Dierks' hometown of Phoenix, along with Seattle, Atlanta, Dallas and Chicago. All proceeds will benefit hospitals in those areas affiliated with the Children's Miracle Network.

Since the program began, Miles and Music For Kids has raised over $500,000 dollars. Each event starts with a motorcycle ride from a local dealership, following a predetermined route, and ends at a major concert arena, with Dierks and a few of his friends performing. Past participants in these all-star concerts include Tim McGraw, Jason Aldean, John Rich, Jamey Johnson, and Jeff Foxworthy.

This year's event kicks off October 11 in Nashville, and Dierks is already counting down the days. "This has turned into one of the highlights of my year," he says. "I can't think of a better way to spend an October day in Nashville than riding motorcycles in the afternoon and playing guitars and singing with some buddies at sundown. Everyone has been so supportive, and I'm really proud of the money we've been able to raise for Vanderbilt over the last few years."