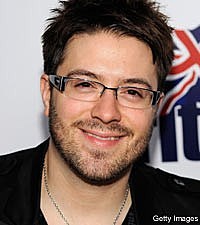 If there's any young artist whose life closely echoes a country song, it's Danny Gokey. A former truck driver who endured a heartbreaking loss, Danny knows first hand how many long hours can be spent paying dues and how sweet success can taste when it finally arrives. 'American Idol' fans became familiar with his story on last season's competition when Danny placed third on the popular FOX TV show. The young artist realizes a dream this week with the release of his debut album, 'My Best Days.'

The album reverberates with the upbeat energy that has become Danny's trademark and showcases the strong, soulful voice that made him one of Idol's top contenders. Yet among the up tempo anthems, there are also poignant ballads that reflect the tough times Danny has been through. Just a month before he tried out for 'American Idol,' his wife, Sophia, died during what was supposed to be a routine heart surgery.

"I was just looking for something to give me some kind of hope," Danny tells The Boot, explaining that he had promised Sophia he'd audition for 'Idol.' "I'm very open in talking about my wife. I think people [watching] 'American Idol' at times thought that I used that as leverage or a crutch to my career, and it couldn't be further from the truth. I look at my story as a means to help people who are in hopeless situations like myself. I had to find something to divert my misery. The pain was so intense that I needed to find something that would help me get through it, and 'American Idol' was that vehicle."

The show also helped Danny hone in on the direction his career would take. "On 'American Idol,' I felt like one of my challenges was picking songs because I've definitely been exposed to a lot of music," he says. "So when I went to pick songs, it was difficult for me to choose, but I'd always go to country because country music is so memorable. The stories would interest me, and I love telling stories. That's my whole thing as a singer."

Growing up in Milwaukee, Wis., Danny was the fifth of six children in a family that enjoyed different styles of music. "I listened to what my parents listened to, and it was gospel, Motown, disco, country, and jazz," he recalls. "When I was 12 years old, my dad got into country music. My first CD was Wynonna Judd, and I loved it. I love her."

After he and Sophia were married, Danny worked long hours as a trucker and was also working in music at two different churches. "I was working 80 hours a week," he says. "I really believed music was going to be a big part of my future, and that's why I took a truck driving job, so I could maintain my singing job at night. I put about 30 hours a week just for singing, going between two churches. And in order to afford that, I had to take a full time job so I could do my passion."

With his hip glasses and trendy clothes, Danny doesn't look like a trucker. When asked about it, he laughs and says, "It's funny, a lot of people say that to me. It definitely gave me credibility as a country singer because a lot of people who [drive trucks] listen to country music, are raised in the country, and work hard to make a living."

His work ethic and appreciation for country music served him well during his tenure on 'American Idol.' When he left the competition and began fielding offers from record labels, he choose 19 Recordings/RCA Nashville as his new home, and shortly after began working on his debut album with acclaimed producer Mark Bright (well known for his work with Carrie Underwood and Reba McEntire, among others.) 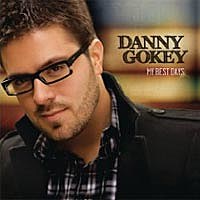 "I wanted it to be soulful," he says of his debut album. "I have a little different edge to me. I don't want to buck against the system, but just create my own unique fingerprint ... and I want it to say something. I want people to think, but at the same time I want to make people just have a good time, make them want to dance, have fun and party. I wanted to throw all those emotions in that CD."

He accomplishes that mission on 'My Best Days.' The title track and first single is an upbeat anthem about embracing the future. "A lot of people knew me on 'American Idol' and knew the tragedy, and they kind of defined me by that," he says of losing his wife. "If you look at my life as a book, that's the first chapter. Now becoming an artist, I feel like it's the second chapter. People get to see how I overcame the tragedy and how I'm looking forward to life again. I'm very optimistic about my future."

'I Still Believe,' was co-written by 'Idol' judge Kara DioGuardio. "It's a great song," Danny enthuses. "I picked that song because it's got my spiritual roots in it and not only that, but it says something. I'm a person who believes and just because I didn't see it, doesn't mean that it's not true ... I'm going to just take risks and believe that good things are still going to happen. At times, you're not going to see it. At times, you'll feel like the world is crashing around you, but if you just believe it will get better."

One of the most powerful tracks on the album is the poignant ballad 'It's Only,' which was written by Tom Douglas and Lady Antebellum's Charles Kelley and Dave Haywood. "It's a great representation of my heart for charity and what I want to do with my music," says Danny, who had a chance to play the song for Charles and Dave. "They loved it! I was able to sit in the same room while they listened to it and they were really blown away. It's a great compliment."

'"My Best Days' is also filled with high energy tunes sure to make listeners sing along and get up and dance. 'Life On Ya' is a raucous celebration. 'Get Away' is an uptempo ode to the joys of escaping the daily grind. 'Crazy Not To' is a soulful look at falling in love.

One of the hardest songs to record was 'I Will Not Say Goodbye.' "There were a few times in the studio I had to take a moment to release some feelings," Danny says. "That song just totally represents what I felt when my wife passed away ... I'll be singing 'I Will Not Say Goodbye' for the rest of my life. I pretty much can contain myself on stage. Grieving comes late in the evening when I'm by myself, not when I'm in front of anyone. When I'm on stage I'm usually pretty occupied with putting on a good show."

In honor of his wife, Danny started a nonprofit organization to help children called Sophia's Heart Foundation (www.sophiasheart.org). "I met Sophia in 1997 at my church," he recalls. "We were in the youth group. She was 16, and I was 17. We started dating and the rest is history. We got married in May of 2004, and she passed away in July of 2008."

Though she had suffered from heart problems as a child, Sophia was expected to come through surgery just fine. "It was unexpected," Danny says of his wife's passing. "She had a surgery when she was born, surgery when she was seven and after we were married a year, she started having heart problems again. It was in June 2005 when her heart started beating 200 times a minute or even faster. It would just beat when she'd do the smallest thing and we went to the doctor and he said 'I knew this was coming. We have to replace a valve.' She never recovered, and she ended up going to heaven."

Danny wants his music and his charity work to be closely integrated. "I have a mission and that's to help people," he says. "That's what I want my music to do. I want it to be fun and I want it to be a very cool way of just giving people hope ... America made my dream come true. They voted for me and they believed in me, and I want to make other people's dreams come true now."