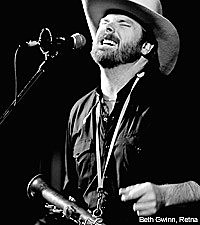 Legendary country-pop singer Dan Seals is undergoing radiation treatments for lymphoma. Seals, one half of the famed duo England Dan and John Ford Coley, will later receive a stem cell transplant to try to combat the disease. He has been at a Houston cancer center for four months.

"The prognosis is good," Seals' manager, Tony Gottlieb, said in a statement. "He has the best medical care he can get, and he's in good spirits."

England Dan and John Ford Coley are known for hits like 'I'd Really Like to See You Tonight' and 'Nights Are Forever.' Seals has also enjoyed a successful solo career, racking up 11 No. 1 hits on the country charts between 1985 and 1990, including the CMA-winning song, 'Bop.'