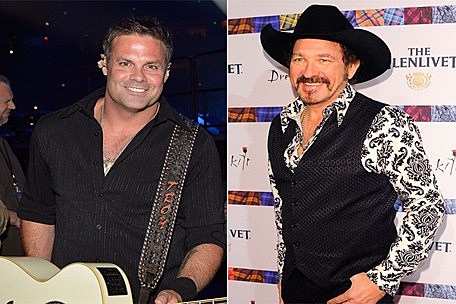 A number of Music City's finest turned out for the Second Annual Tug McGraw Foundation Celebrity Sporting Clay Pro-Am on Tuesday (June 4) in Nashville. According to GAC, Kix Brooks, Troy Gentry, Kristy Lee Cook and Shane Minor were among those who partcipated in the event, which raised $50,000 dollars for the Tug McGraw Foundation.

The baseball great was diagnosed with brain cancer in 2003, and he spent the last part of his life building a relationship with the child he had once denied, country superstar Tim McGraw. The Tug McGraw Foundation began as a way to improve options for those with brain tumors and their caregivers, but in recent years has expanded its focus to include research into other areas of brain science including PTSD and traumatic brain injury.

Tim McGraw's mother, Betty Trimble, was on hand along with GAC's Storme Warren, who hosted the event. Each team in the competition consisted of four amateurs, one professional, and a music celebrity.

For more information on the Tug McGraw Foundation, visit this link.