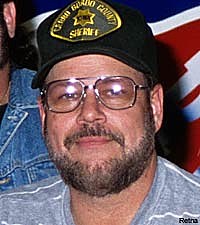 Warren "Gates" Nichols, a former member of the ACM Award-winning group Confederate Railroad, died Friday, Aug. 14, at Hospice Tranquility in Austell, Ga. The 65-year-old musician was diagnosed with pancreatic cancer just about a month ago.

In addition to playing steel guitar for Confederate Railroad on such early-'90s hits as 'Queen of Memphis' and the Grammy nominated 'Trashy Women,' Nichols played bass guitar on the 1976 pop hit 'Shannon,' by Henry Gross.

According to his daughter, Brittney Humes, Nichols retired from Confederate Railroad in 2008 to devote more time to church and family. "To be honest, he wanted to work and praise Jesus," Ms. Humes told the Atlanta Journal-Constitution. "He was excited about being able to play more in the church, and that's what he was doing."

"He was an all-around musician," says Confederate Railroad founder Danny Shirley. "And he played with us for 17 years. Not only did he play steel guitar, he was a bass player, trombone player and keyboard player."