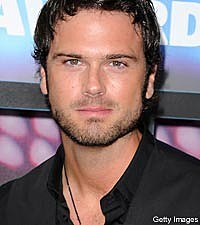 Chuck Wicks will perform at a party in California this month that will raise money for Nashville flood relief efforts.

"I'm excited," Chuck tells The Boot of the July 31 Grammy Block Party, being hosted by the Los Angeles chapter of the Recording Academy. "I was floored when they asked me to do it, because I'm the only country act there. It's going to be great. I feel honored; it's a cool thing that [the Recording Academy] thought enough of me to ask me to be a part of it."

Other performers on the bill for the event are R&B artist Raphael Saadiq, pop singer Charice, singer/songwriter Aka Cassidy and Latin group La Santa Cecilia. Musician Rickey Minor will serve as musical director. He is best know for fronting the 'American Idol' band and was named bandleader for 'The Tonight Show' last month.

The event will raise money for the Nashville Flood Relief Fund recently established by the Recording Academy's charitable arm, MusiCares. The money collected will be used to help musicians and other members of the local music community that were victims of the catastrophic May flood in middle Tennessee.

The party will be held at the Recording Academy's headquarters in Santa Monica, Calif.