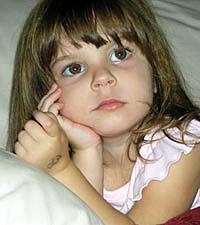 Cledus T. Judd is best known as the funny man behind clever parodies of country hits, but the songwriter is garnering unprecedented attention for his original song, 'She's Going Places,' which was written in response to the 2008 murder of Caylee Anthony and the media-saturated trial of her accused mother, Casey Anthony.

On the inspiration for the song, co-written with Rascal Flatts lead singer Gary LeVox and Nashville lyricist Jimmy Yeary, Cledus explains, "When I had the idea to do this song, being a daddy, I just wanted to do something that took the emphasis off the horrible details and outcome of the trial, and focus on that beautiful, innocent, 2-year-old with those big brown eyes."

Cledus first debuted the song on his WQYK morning show last Friday (July 8) to an overwhelming listener response. The Tampa, Fla. radio station received a record-breaking amount of website page views, and has garnered more than 350,000 views on YouTube in only four days.

The songwriter has graciously offered to donate his royalty share from 'She's Going Places' to PROTECT.ORG, a joint website for the PROTECT organization and the National Association to Protect Children. The song will be available soon at all major digital retailers, including iTunes.