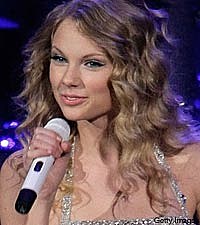 Taylor Swift has just been announced as a headline performer at the Cavendish Beach Music Festival on Canada's Prince Edward Island. The 20-year-old, multi-Grammy winner will perform at the second annual event on July 10, preceded by fellow superstar Keith Urban on July 8 and followed by Lady Antebellum, who headline July 11. Other scheduled performers include Little Big Town, Emerson Drive, Gloriana and Collin Raye.

On the heels of her sold-out tours in Australia and Japan last month, Taylor kicked off her sold-out Fearless 2010 tour back in the states March 4 in Tampa, Fla.