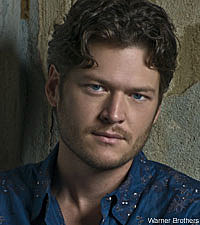 "I can't even make it down the halls of this office," Blake Shelton jokes, relishing in the "crazy attention" he's getting from being named Sexiest Country Singer in PEOPLE magazine's Sexiest Man Alive issue. The notoriously humorous star paid a visit to The Boot's offices on the day the magazine hit newsstands, which just happened to be on the same week as the release of his fifth studio album, 'Startin' Fires.' We talked to Shelton about the new music he says shows a new side of him. Plus, we get some interesting scoop from his fall tour with girlfriend Miranda Lambert, and we hear just how much the singer's sexy new status has gone to his head.

What ran through your mind when you heard you were one of PEOPLE's sexiest men?

I got a call about a month ago, and I knew that the interview was going to be about being a bachelor, but I didn't really understand what the deal was. So I did the interview, and I said some stupid stuff! And then I found out it was a big deal -- one of their biggest issues. And so I thought, 'You know, somebody somewhere must have taken a really good picture of me. I don't think they must know me very well!' But my favorite thing about it is that I know my mom, who cuts hair in Ada, Okla., will cut that page out of the magazine and tape it to her mirror and point it out to everybody who comes to the shop. 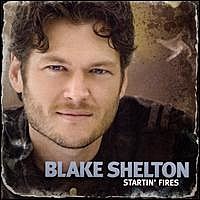 You're coming right off a huge No. 1 hit, 'Home,' so do you feel that expectations for this new album are escalated?

'Home' was one of those songs that we thought, 'Well, people might not accept something like this from me -- being a traditional artist.' But since they responded in the way they did, it helped us figure out the direction of this album. People were open to the idea of me pushing the envelope musically, so we decided to go with that on this record. What I ended up doing was making an album that lyrically isn't that different from what I've done in the past -- it's songs about country lifestyles, drinking, broken hearts and all that stuff. But musically, it has a different slant. 'She Wouldn't Be Gone' is a perfect indication of that -- it's a broken-heart song but it's musically very different.

What's the most personal song on the album?

If you'd asked me that about the last album, 'Pure B.S.,' I would've picked one of the songs about being depressed, screwing up my life and all the things you sing about when you go through a divorce. But with 'Startin' Fires,' the most personal song is a fun song -- 'Green.' It's just about a guy who is laughing about this new green movement that's taken over. He doesn't see what the big deal about it is, because he's lived that lifestyle for forever. He thinks it's hilarious that it's a big deal that someone had the idea to grow their own corn and buy a tractor. He's done that his whole life! Every line of that song is my life.

'Here I Am' is one of the songs you wrote on the album, about meeting the right person at what you think is the wrong time. Is it safe to assume that song is a bit autobiographical?

The story behind 'Here I Am' isn't what you probably expect. Every time I have met the right person, it's always been in an odd situation. Even with Miranda, we didn't meet under the best circumstances ... But the writing of that song was interesting, because I had that guitar riff at the intro in my head for four or five years. I'd play it all the time, but lyrics wouldn't come to me. Then I had a writing appointment with Dean Dillon, and I played it for him. He just blurted out, 'You were just someone, some friend of mine said take her out.' And then the song just fell together. My favorite thing about that song is that it sounds like something George Strait would've cut. 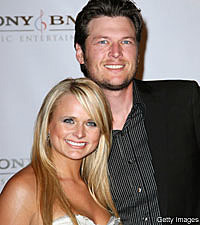 You duet with Miranda on 'Bare Skin Rug' -- not your typical love song, yet very indicative of both your personalities!

When you start dating another country star, the first question is, 'When are y'all gonna do a duet?' And what sucks about that is people expect you to do it whether you want to or not. We're just so different musically that it's a thousand wonders that we even have a song that we wanted to sing together. One night, we were just sitting around the fire pit by my house, drinking beer and playing guitars like we've done a hundred times, and we started writing this goofy song. We loved it and thought it was hilarious, so we decided to make this our duet. The last thing we wanted to do was the big cheesy love ballad. If people want to hear us sing together, then we're going to give them the real version of it. We recorded it the same way we wrote it. The crickets are real in the background -- it's raw and it's not perfectly in tune. So if people are ever interested in what Miranda and I do when we're at home, that's it right there.

What's something new you learned about Miranda from touring with her?

Miranda always seems so relaxed, like she's not really paying attention to what's going on around her. She could care less about how many records she's sold this week or how her song is doing on the radio. All that matters to her are her show and writing songs. If she goes a month without writing a song, you can't be around her! It puts her in a bad mood. That's why we brought two buses out on the road, so she can have time during the day to get that creative stuff out of her system. And of course all I want to do is watch the Outdoor Channel and ESPN!

She's also real hard on her live performances and how the audience reacts to her. There were a couple of times where she'd stop the concert in the middle of a song, and she'd tell the audience, 'If that's the best you got, why did you even come to this concert? Y'all need to stand up and act like you like music!' And then people would look at each other like, 'Yeah, what the hell are we doing sitting down?' And then the night goes on, and it's incredible!

Who's tougher on you -- yourself or your critics?

My critics are pretty tough. I've never been one of the music industry's pets. I've always been one of those guys who's a little bit off the radar with Nashville. But that's OK. That's why my career has lasted as long as it has, because people forget I'm around! [laughs] But I'm really hard on the songs that I choose and my singing. I don't care if it's the song of the year -- if it's not the song of the year for me. I'm the one who has to sing this and try to convince people that I really do feel this way. If I can't be honest, I don't want to do it.

Buy 'Startin Fires' on iTunes
11 Questions With Blake Shelton
Filed Under: Blake Shelton
Categories: Interviews
Comments
Leave A Comment
Back To Top
Walker Hayes' Daughter Is Still Getting Used to 'Fancy Like' Fame