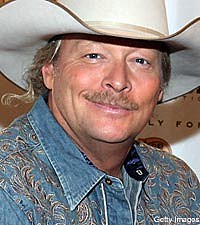 In writing and recording his new album, 'Freight Train,' country superstar Alan Jackson didn't have far to look find inspiration for songs ... or for assistance in creating a unique video for the first single 'It's Just That Way.' His eldest daughter, Mattie, made Dad proud by beating out the competition from music industry professionals and having her treatment selected for the video.

Family life has always been a source of inspiration for the lanky Georgia native. During the past two decades, Alan's wife, Denise, their three daughters, his parents and friends have provided inspiration for such hits as 'Remember When,' 'Drive (for Daddy Gene),' 'Small Town Southern Man' and 'Sissy's Song.'

Real life has always provided grist for his creative mill, so it's no surprise that daughters, his 30-year marriage and his favorite recreational places surface in the songs on the new record. "'After 17' is a song I wrote when my first daughter went to college, so that's kind of where I'm at in that part of my life," Alan tells The Boot. "If you listen to that song and knew anything about me, you'd say, 'Oh yeah, he wrote that about his daughter,' but I try not to write them that they are so specific that they wouldn't apply to anybody that has a child. 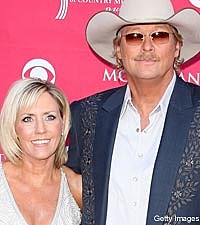 "'The Best Keeps Getting Better' just kind of came out and it sounded like me and Denise," Alan continues. "It's really a good song that reflects of all that. 'Big Green Eyes' [was written because] all my girls have green eyes. 'That's Where I Belong' is a song I wrote because I spend a lot of time on the ocean and lakes. That's what that song is about; that definitely has been a part of my life for years."

Alan says he didn't deliberately set out to write songs that are snapshots of his life. "I don't really analyze it that much," he says. "I don't intentionally or consciously say 'OK, I'm going to sit down and paint this picture of who I am right now' with these songs.' I don't really do that. I just take whatever works and goes together."

Alan says he also uses Denise and daughters -- Mattie, Ali, and Dani -- to provide feedback on new music. "The girls listen to all kinds of stuff, so they are usually pretty good to bounce stuff off of," he says. "And Denise is probably more honest with me than anybody, so she'll tell me if she likes something or thinks it's kind of stupid."

In addition to the self-penned songs on the album, Alan also turned to other songwriters for new tunes. "Just before we get ready to go in [the studio], we always ask Adam to send me some stuff," Alan says of his nephew Adam Wright, who performs with his wife, Shannon, in the country duo The Wrights. Adam and co-writer Jay Knowles sent Alan a song called 'Tail Lights Blue.' "When I heard it, I told him that I want to cut that one. It's a good song." 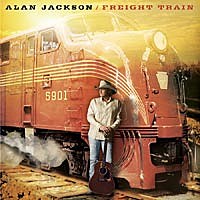 The title track was written by Canadian singer/songwriter Fred Eaglesmith. "I heard it on satellite radio one day in the car. I listen to bluegrass stuff on there a lot and it came on and I wasn't familiar with it and I listened to it and thought it would be a good remake," he says. "I just liked the melody and the lyrics and the way old Fred recorded it. It was pretty cool."

Alan enlisted Lee Ann Womack to duet with him on a cover of the Vern Gosdin classic 'Till the End.' "I don't know if there's another girl singer out there right now that could sing real country music like Lee Ann," Alan says. "I've always wanted to do a duet with her and years ago I asked her to sing with me and she wouldn't do it. So finally she agreed to do it and I'm just glad to have her on there."

It's hard to imagine anyone not immediately seizing an opportunity to duet with Alan Jackson, but he just brushes it off good-naturedly. "That's about when she first came out and she had that big album and that big 'I Hope You Dance' song," he says. "She was hotter than a firecracker then and probably too busy to fool with an old country boy."

The first single, 'It's Just That Way,' is climbing the charts, aided by an innovative video Alan's daughter Mattie helped create. "I was home from school for Christmas," Mattie recalls, "and since he began recording the album he had given us the progression stages -- this cut and this cut and then the final cuts on the album. He had mentioned to me and Ali that 'we're looking for a [video] treatment if you have any good ideas.' He's always been like that. He wants us to be involved and wants our opinion."

Mattie returned to the University of Tennessee in Knoxville where she's a sophomore English major. While listening to the album, she had an idea for the video and called her dad. "I thought it sounded pretty good," Alan says proudly. "I said, 'Just write it down in a form sort of like those directors do when they send in their treatments.' She put it on the computer and printed it out for me. I thought it was really good. I sent it to my manager and then the record label got a hold of it and everybody was jumping up and down."

Mattie's idea was for things to be totally opposite until the lovers in the song unite to make the world right. "It actually contradicts the lyrics of the song for two-thirds of the video," notes the 19-year-old. "A young man walks through a neighborhood to go get his girlfriend and from the moment he wakes up, nothing about the day is how it should be. He sees the moon instead of the sun and he walks past all these different situations that are backwards from how they would be in reality. Then later in the video, he comes to the girl's house and once he's there with her, and he has the one he loves, everything is back to how it should be."

Mattie did an internship last summer at Sony Music Nashville and since she's now written the treatment for a major video, how does Daddy Alan feel about the possibility of his daughters going into the music business? "I don't encourage them or discourage them," he says. "If they want to do it, I'm all for it; if they don't, that's fine too. Denise and I both just let them find their own way. I think that's the best you could do is just advise them and help them if they want to. But I don't think Mattie is interested in the music business. She seems to be more interested in doing some kind of writing; not songwriting, but just kind of writing stuff, literature, journals or something. That's where her direction is at school. The other girls are still pretty young. Ali, the middle one, voiced that one day [she wants to] go in the studio and record something and see if she'd like to be a singer. We'll see what happens."

With Mattie already away at college and the other girls growing up and on their way to leaving the nest, Alan and Denise have put their Nashville-area home up for sale. "We're looking into the future," Alan says. "Once the girls are gone, we're going to probably end up wanting to live in Florida at least part of the year. If our children end up staying around here, we'll probably spend more time here, but we just want to live down there most of the time. This is 140 acres here. We don't really need this much. Once the girls got to be teenagers, we don't really use the property anymore."

Alan and Denise celebrated their 30th wedding anniversary in December. He says it was a rather low-key event. "We pretty much took it easy and went down there [to Florida] for a few days. We hung out and got away from the kids and just enjoyed the warm weather."

With three decades of marriage to reflect upon, Alan shares his secret to a successful marriage. "You've got to have a lot of money," he says with a mischievous laugh, adding on a more serious note, "I don't know. We got married as children and didn't know what in the world we were doing, but I guess somewhere down in there we loved each other. We survived all those young years and some of the hard years."

The couple enjoy each other's company and, says the 51-year-old entertainer, life is good. "We spend a lot of time together. We're not real social. We don't have a bunch of friends. We don't entertain or go out and do things separately very often. Most of the time we do things together. We get up in the morning and drink coffee together and talk, and I can't go to bed at night if she's downstairs watching television. I can't go up there and go to sleep. We go to bed together, unless I'm out of town. It's just little things I think that have helped us more than anything. If you can last until you're 40 years old, hopefully you'll be mature enough to figure out the rest of the years."