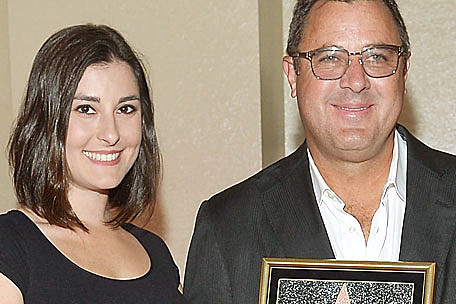 Musician's Friend is featuring one of the most talented musicians of his time, Vince Gill, in its December catalog. In conjunction with the issue, the musical supply company visited the country icon's Nashville home for a video shoot that spotlights what most of his fans already know: daughter Jenny Gill certainly inherited her parents' talents. (Mom is Sweethearts of the Rodeo star, Janis Gill.)

In the intimate video below, Jenny duets with her dad on his 1994 hit, "Whenever You Come Around," and the two discuss their separate musical paths. "The most important thing for me, as her father, is that she succeeds or fails on her own terms, and not because of me," Vince says in the video. Watch it below, then click here for a special tour inside his impressive (and sentimental) guitar collection.