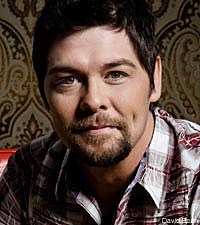 Though Jason Crabb's name might be new to fans hearing his current single, 'Somebody Like Me,' on country radio, the Grammy-nominated artist is anything but a novice when it comes to delivering great music.

Jason made his solo debut last summer with a self-titled album on Spring Hill Music, earning rave reviews from both the country music industry and the gospel community where the soulful young singer has deep roots. For many years Jason performed with his siblings as the Crabb Family, becoming one of the hottest acts in gospel music, earning 10 Dove Awards and performing everywhere from the Grand Ole Opry to Carnegie Hall.

When the siblings decided to pursue different opportunities in music and ministry, Jason moved forward with a solo album that has expanded his musical reach into the country arena. "It's an exciting day. I've always kind of wanted to do this," says Jason, who has been visiting country radio stations and opening for country artists such as Steve Azar, Blaine Larsen and others.

"We just shot a concept video for 'Somebody Like Me' and are going to be getting that out to all the outlets," Jason tells The Boot. The clip features Alex Harvey in a prominent role.

"It was really neat for him to be a part of it and we're going to get together and maybe write a tune or two for the next record. We'll see what happens," Jason says of the veteran singer/songwriter whose credits include the Tanya Tucker classic 'Delta Dawn.' 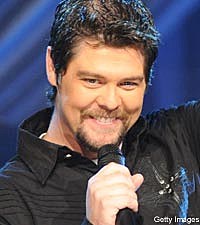 In recording his first solo album, Jason says he was mindful of crafting a project that his longtime gospel fans would appreciate, yet would also incorporate the country sounds he'd loved since his Kentucky childhood.

"I would sing every one of them in church Sunday morning and I would sing every song at the Grand Ole Opry," Jason says of the songs on the album. "So in that sense, I didn't have to create the record in a different way. That's the neat thing about gospel music and country music -- you can be you. You can share your life and share your heart and I found that program directors in radio, in both genres, appreciate that."

Apparently so do the folks at the Grammy Awards as Jason's album is nominated in the Best Southern/Country/Bluegrass Gospel Album category. He learned of his nomination on a Wednesday evening after he'd come home from church.

"I got a text on my phone that said 'Congratulations on the Grammy nod!' and I said, 'Well, that's a cold thing to say,'" Jason says with a laugh, recalling how he initially thought the text from a friend was just a prank. "So I said, 'Are you sure?' and he said, 'Yeah, it just posted.' So I clicked on it and sure as the world, it was there! I started calling everybody that I knew. I just couldn't believe it. I was so blown away!"

Jason has been equally humbled by the reception he's been getting from country radio programmers and country fans. "Wow, it's been really neat," he says. "We've been doing radio tours and it's just been absolutely wonderful getting to know these people out on the road. It's just really neat how all of this is really turning out -- very, very mind blowing to me!"

Jason has long been known as one of gospel music's most powerful, passionate voices, but in analyzing his new-found country success, he modestly gives credit to the song. "I think that the message in that song just relates," he says. "There's a lot of hurting people out there that need someone to help them and I think as people we need to be the first ones there. It's a great message. It challenges us -- from the youngest to the oldest -- [to ask] what can I do to help others? Last night we were getting ready to go to sleep and my little girl prayed, 'God, please help all the homeless. Help them find a place to live and let them be good men.' She's six years old praying all this stuff. And I said, 'Good gracious! That's what life is all about, just trying to help those that are hurting!' This song challenges us to do that."