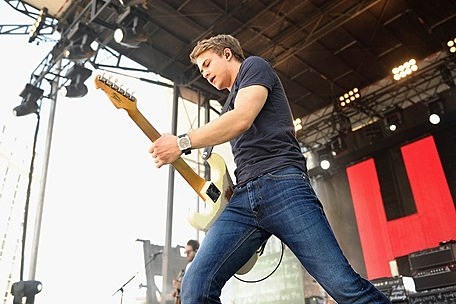 With tickets sold out for the 2013 CMT Music Awards, country artists weren't about to leave people out in the cold. Hunter Hayes performed at a special stage built outside of the Bridgestone Arena for the hundreds of fans who were hoping to catch a glimpse of their favorite stars.

The show's co-host, Jason Aldean, left the arena to introduce the 21-year-old outside. Hunter performed his current single, 'I Want Crazy,' from the 'Encore' edition of his self-titled debut album. In spite of the Nashville heat, the singer-songwriter gave the performance plenty of energy, and was rewarded by thunderous screaming and applause .

Hunter recently announced he will be the headlining act for the 12th annual CMT on Tour this fall. The tour kicks off on October 10 in Knoxville, Tenn., and will perform in 24 cities across the country. See all of his upcoming shows here.