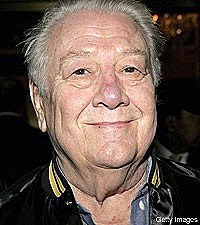 "It's a great cause," Shawn tells The Boot. "I wouldn't mind doing this every little while. It's always fun to play with Cowboy, and everybody else who played here tonight are all good friends."

The singer-songwriter, who has penned such hits as 'Two Pina Coladas' for Garth Brooks and 'How Long Gone' for Brooks & Dunn, also says he feels that celebrities who can bring attention to causes should take advantage of an opportunity to give of their time to help others. "There are so many organizations who can use our help, and if we can speak out and get people to listen and learn about the different needs in our community, I think we should do that Plus, it gives all of us a good excuse to get together and play music and have a good time."

A good time could easily have been the theme for the evening at Nashville's Belcourt Theater. From the moment Cowboy walked onstage, music became the main focus. The audience was never quite sure what configuration of bands would be onstage at any given moment, as performers drifted on and off stage to sing harmonies with each other throughout the night.

Cowboy, who's a legendary songwriter and producer in Nashville, kept the event lively with his own brand of humor and a dizzying array of classic tunes, including 'Ballad of a Teenage Queen' and 'Guess Things Happen That Way' for Johnny Cash and 'Just Between You and Me' and 'I Know One' for Charley Pride. He also penned Waylon Jennings' 'Let's All Help the Cowboy Sing the Blues.'

"This is my second best money-making song," he told the crowd. "It 's a true story about this old hound dog in my hometown that would kill a few chickens and steal a few eggs and everybody hated him. But one day he disappeared and then everybody missed him because he was no longer their object of derision!" With that he launched into another song Johnny recorded, 'Dirty Old Egg-Suckin' Dog.' He was a constant onstage, performing with each artist as well as doing his own material.

The audience was on their feet for a good portion of Old Crow Medicine Show's performance as the band went through its repertoire of songs they loved. 'Next Go 'Round' and 'Let It Alone' were particularly popular, with folks dancing in the aisles and in front of the stage on the latter one.

"Don't you love these guys," Cowboy asked as he wanted on stage toward the end of their set. "I met them a few years ago and we've been hanging out ever since!"

Billy Burnette, who began recording when he was seven and had his first major label deal by the time he was eleven, has had songs recorded by Jerry Lee Lewis, Faith Hill and Ringo Starr. He also traveled with Fleetwood Mac and is currently working with John Fogerty on his tour. Along with Shawn, he is a regular on most of the show's that Cowboy does.

The entire ensemble of artists came back out for the grand finale, 'You Are My Sunshine.' The crowd wouldn't let them leave so Cowboy brought everyone out to do just one more. "I was going to sing this one with Marley's Ghost," he said, going on to talk a little about the tune. "I wrote this song in Beaumont, Texas in 1964 and George Jones cut it," Cowboy said before everyone joined together in a great rendition of the classic 'Just a Girl I Used to Know.'

All proceeds from the concert will benefit the National Health Care for the Homeless Council. The organization was founded in 1985 and serves as an outreach to people who live in Nashville without homes. It is now a national program that provided primary health care, substance abuse, mental health and medical respite care services for over a million homeless people in 2009.