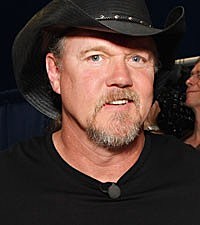 "Christmas in Rockefeller Center," NBC's annual show featuring the lighting of America's most famous Christmas tree, will be an extra special celebration this year. The 80-foot Norway spruce that will stand in the middle of midtown Manhattan's Rockefeller Center came from a town in New Jersey that was devastated by Superstorm Sandy. Its donor, who lost electricity and two other trees on his property, watched the 10-ton spruce sway back and forth in Sandy's powerful winds and was relieved to report it survived.

The giant tree has already been transported to Rockefeller Center and is now being decorated with 30,000 multi-colored lights. Those lights will turn on for the first time on the Nov. 28 live broadcast, which will start at 9:00 PM ET. The special show will feature performances by Trace Adkins, Mariah Carey, CeeLo Green, Victoria Justice, Chris Mann, Rod Stewart and Il Volo. The show will be hosted by NBC "Today" show personalities Al Roker and Savannah Guthrie, with special appearances by iconic actors Billy Crystal and Bette Midler.