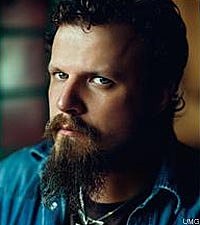 When nominations for the 2009 Academy of Country Music Awards were announced last week, one very important category was noticeably left out: Album of the Year. That's because the ACM is rethinking its rule that all albums nominated in that category must have sold at least 300,000 copies. Today's tough economy, coupled with the shift to digital music downloading, arguably makes that rule outdated.

"Does this mean country music isn't doing business? No. But it means that the kind of business we're doing is changing," ACM Executive Director Bob Romeo tells Nashville's Tennessean newspaper. "It may not be albums anymore; it may be singles downloads and ring tones."

Only nine country albums have met the 300,000 sales prerequisite in the past year, excluding several critic favorites. Case in point: Jamey Johnson, whose 'That Lonesome Song' album topped countless 'Best of '08' lists and earned him two Grammy nods.

"We want to be inclusive and fair, and I think this change shows that if we feel something's not right, we're not afraid to change it," says Romeo.

The ACM is currently debating the rule and will announce Album of the Year nods sometime in March.